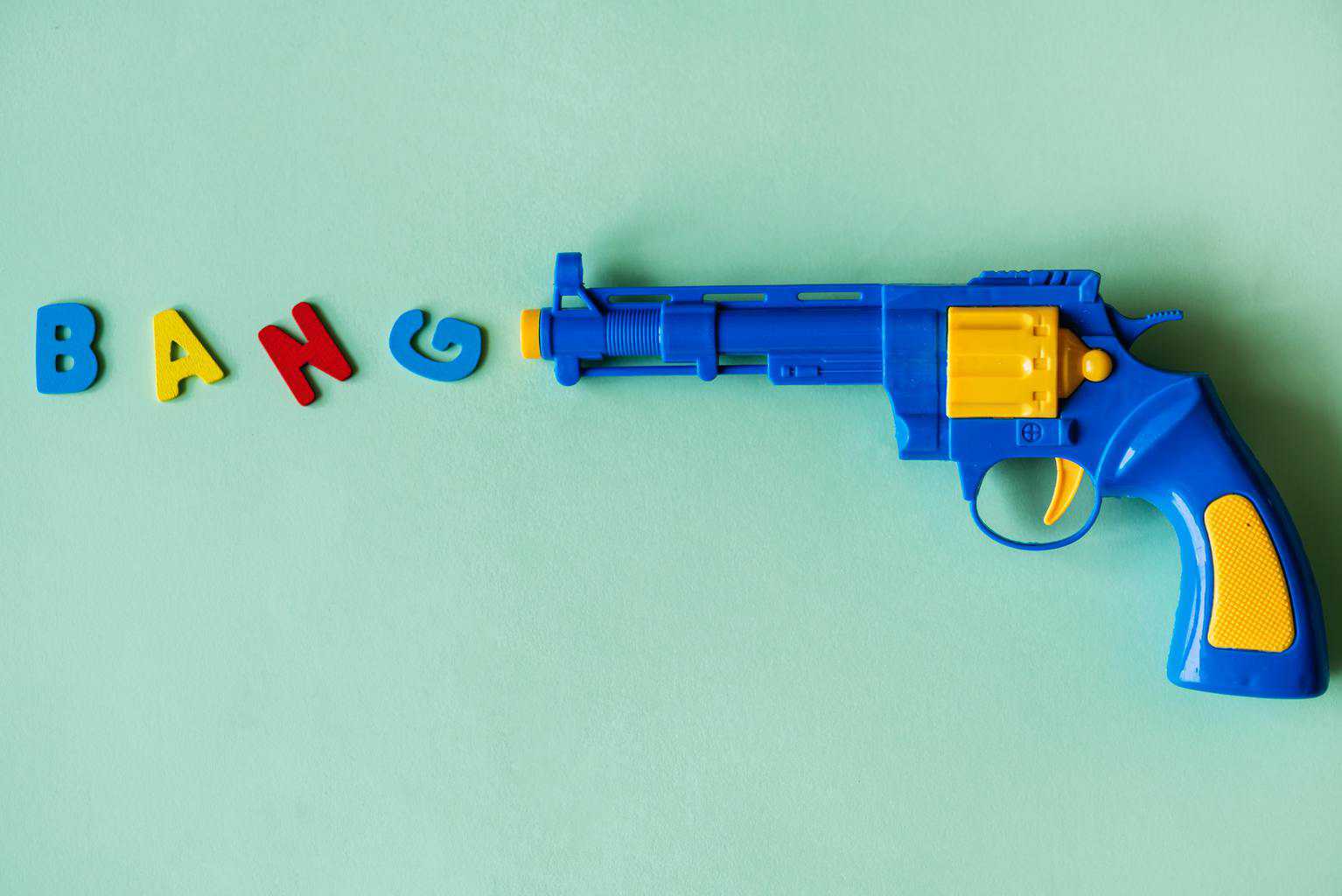 Every parent is concerned about their child’s safety. We can all work together to ensure our kids are safe and educated.

Should I Let My Kids Do A Sleepover With A Gun In The House?

I ask you to read this with your child in mind. I do have my own views and opinions about guns, this is not a anti/pro gun article, no politics. Just about keeping our kids safe.

Which is every parent’s goal.

These days there is a lot of talk about whether parents should let their children stay at a friend’s house if there is a gun in the house. It is an extremely important topic, that should not be taken lightly. I think everyone can agree?

I feel like the most important thing is to make sure that your child is educated on gun safety. If they see a gun they need to know what to do and what not to do. They need to learn that real guns are NOT toys.

I’m not talking about how to use a gun, I’m talking about teaching your kids what guns can do and the difference between a real gun and a fake gun.

I don’t want your child to be a statistic, please don’t make mine

According to the (Research Institute at Children’s Hospital in Philadelphia), 1.7 million kids live with loaded unlocked firearms in their homes- 1 out of 3 homes with kids have guns.

More than 75 percent of first and second graders know where their parents keep their firearms and 36 percent admitted handling the weapons, contradicting their parents’ reports; according to (Center for Injury Research and Prevention).

In 2015, 2,824 children (age 0 to 19 years) died by gunshot and an additional 13,723 were injured. Among children, the majority (89%) of unintentional shooting deaths occur in the home. Most of these deaths occur when children are playing with a loaded gun in their parent’s absence; (Center for Injury Research and Prevention).

I’m not sure if there really is a correct answer to this. However, I think as young as three is a good age. My kids (3 and 5) like to pretend they are superheros and bad guys and they pretend to have guns.

Even though my 3 years old might not completely comprehend what I am saying about the difference between real guns and fake ones, and what they could do to someone. I think it is good to start young because they do retain so much. I also think we underestimate the intelligence of the young ones.

I personally don’t have a problem with my kids having fake guns. I grew up having them, and so did my brother and sister.

Kids playing is a huge role on their learning development and imagination. They don’t fully understand what they are doing. When they are playing they don’t have it in their mind to intentionally hurt the other person.

Guns in your home

If you do have guns in your house be careful and smart about it. Some parents might think that their kids will never find the gun, or it’s up high and they can’t reach it.

Kids are mischievous little creatures and love to explore. Put them in a safe place that you know they can’t get into – ever. I would recommend getting a safe that uses your fingerprint, instead of a key lock, or one with a code.

I have a gun in my house- not thrilled about it, but my husband’s grandpa gave it to him. I make sure that the kids don’t know about it, or know where it is if they find out there is one. However, if they do find it we have it in a safe they can’t get into.

When kids are older they figure things out. They don’t stop until they can break the code, if they want something bad enough. I remember being young – my siblings and I were able to figure out codes and get into things we weren’t supposed to get into.

They have so many different fingerprint gun safes for smaller guns, and safes for bigger guns or rifles, if you’re a hunter.

Store the gun unloaded and keep the bullets in a different safe.

Guns at their friends house

Teaching your kids about guns and their potential capabilities is key. Tell them if they ever see a gun to not touch it and  leave the area, and to tell an adult.

Make sure they know if their friend is showing them a gun and they feel uncomfortable being around it, it’s encouraged to leave the room and call their parents or another adult.

Ok to ask the parent

It is completely ok to ask your friend’s parents if they have guns in their house.

One time I read an article (I don’t remember where), about a mom wondering if she should ask or just not let her kids sleep at anyone’s house. That’s a really tough question. For me, I would love my kids to be able to have fun and hang out at other people’s houses if they are in a safe environment.

If someone asks if you have a gun in your house and if it’s locked away to where they can never find it, don’t get offended by it. We are parents that want one thing for our kids- to be safe.

Put yourself in their shoes. Would you want to get a call from another parent saying your child was accidentally shot? Or would you want to be the parent making that call?

So, just help give everyone a peace of mind knowing they can be safe staying at your house, and that you will make sure they stay safe.

As parents we all want the same thing- for our kids to have fun and be safe. We want them to be kids and make memories. We want to remember our kids smiling and laughing. Don’t let that end too soon. 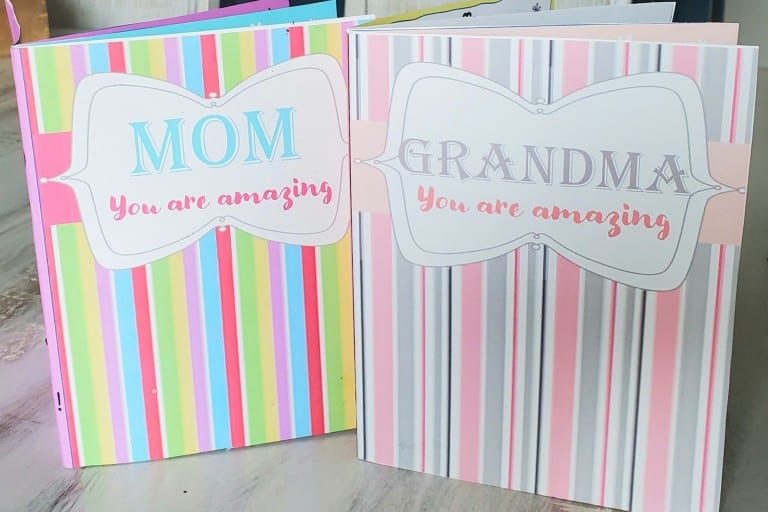 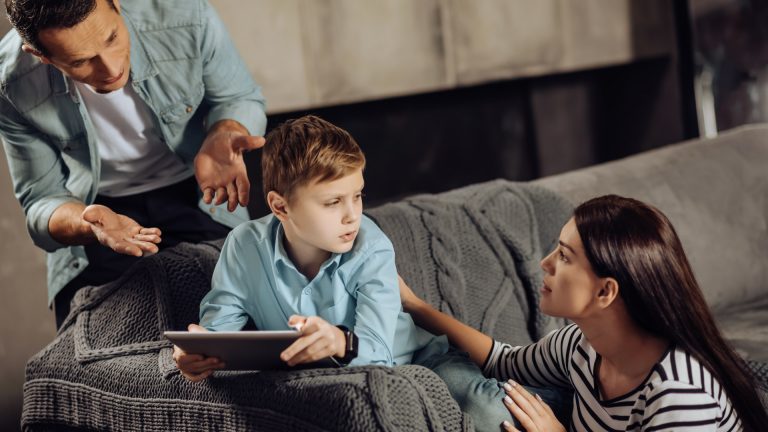 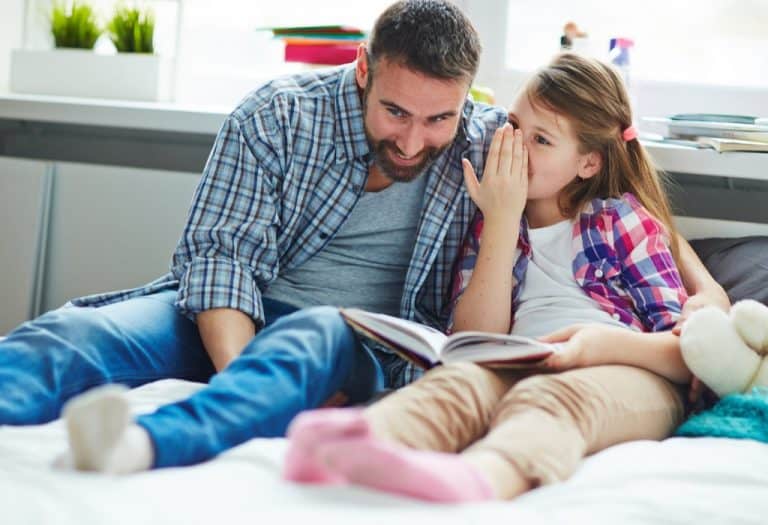 Does your family use a family safety word? This is a great and simple tool you can use and teach your child, to use to ensure they are safe and not in an uncomfortable or dangerous… 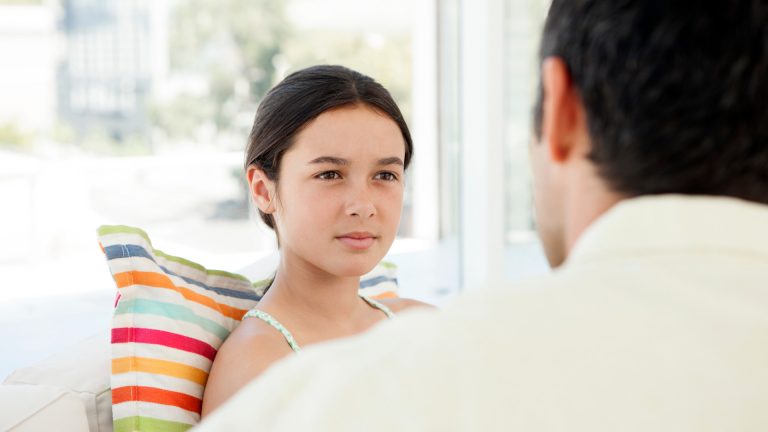 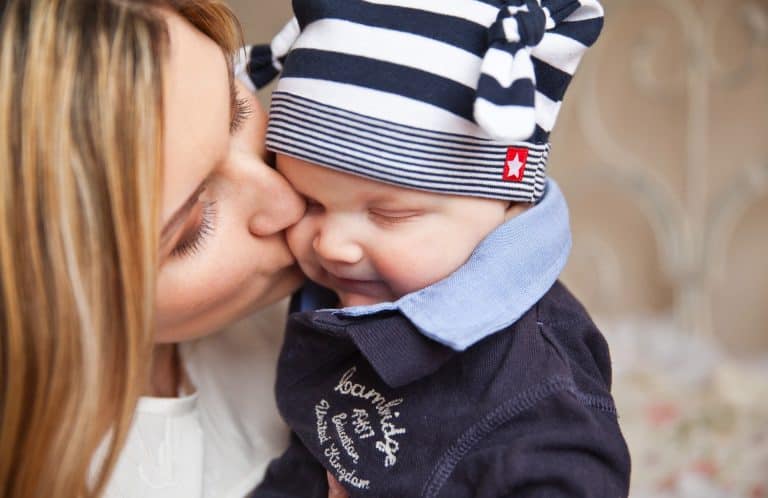 There is a saying that goes, “the days are long, but the years are short”. When I first became a mom, I definitely felt this way. I would count the minutes until my husband came… 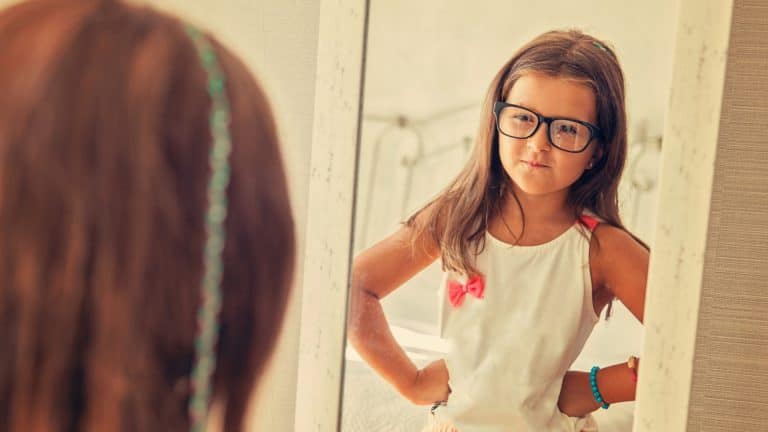 One of our goals as parents is to build confidence in our child. Let them know within themselves that they can be anything that they want to be. Don’t be shy or ashamed of who… 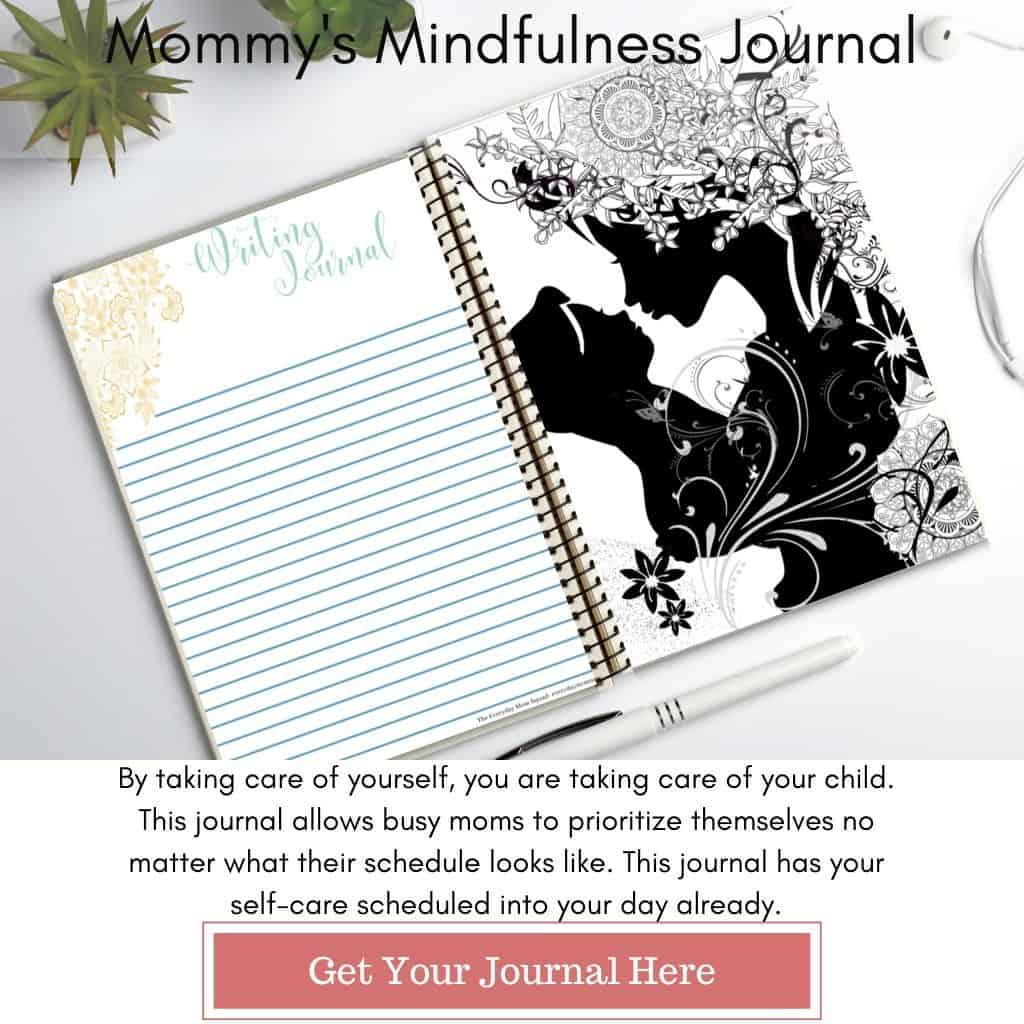 Enjoy Being A Mom Again 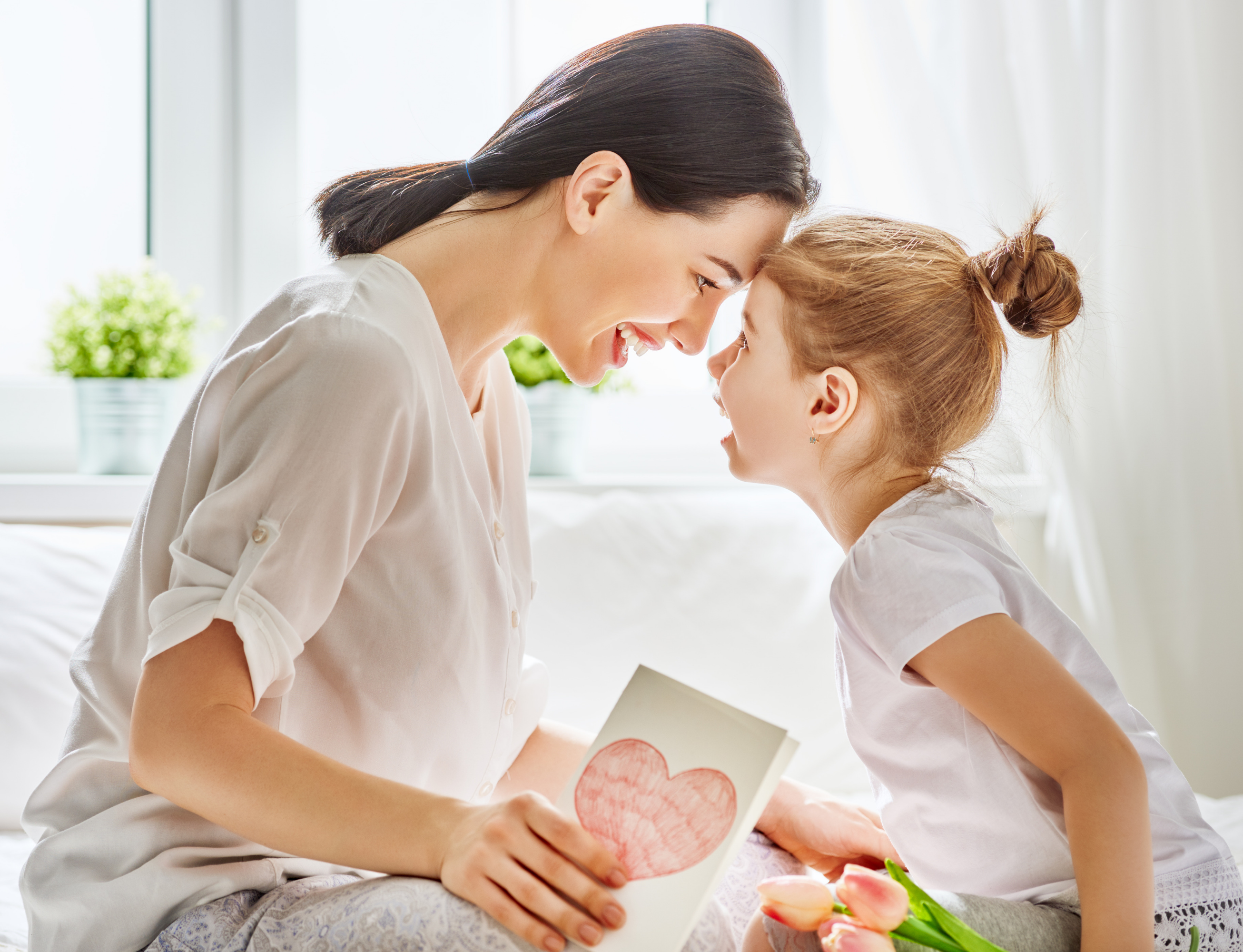 Tired Of Being A Grouch? Learn How To Enjoy Being A Parent

No doubt that parenting is hard and complicated. Sometimes we want to go hide under a rock and possibly stay there. But, what we need to do is stop being a grouch and dragging everyone down including our kids. This is a FREE 14-day Ecourse to help you chill out so you can be a joy to be around again. When you feel your best and you're happy, your kids feel their best and happy too. You're an amazing mom, embrace it!

Thank you for enrolling in the Happy Mom e-course. If you don't see it in your inbox be sure to check your spam folder so you don't miss out on how you can be the mom you have always wanted to be.

One of the best ways to become a happier and better version of yourself is to clear your mind and take time for yourself.

We have created an amazing Mommy's Mindfulness Journal with beautiful pages so you can journal, keep track of your daily moods, adult coloring pages, calendar and planner, reflect and so much more. This pairs great with this free Ecourse you are about to start. Download instantly by clicking here.

You can learn more by clicking here.

Have a great day!

We use cookies to ensure that we give you the best experience on our website. If you continue to use this site we will assume that you are happy with it.Ok